Silicon Valley and Big Data: The Hidden Side of the Digital Transformation

The digital transformation is in full swing. In many corporations it is the driving force behind processes of rethinking and renewal, the tried and true is called into question. Thinking and acting digitally is an urgent necessity, because internet and digitalization are opening up new opportunities. But what are the moral, political, and social consequences of these seemingly limitless, ever faster opportunities?
This is the topic of this year's BrandTrust Future Circle, held under the motto: Silicon Valley and Big Data: The Hidden Side of the Digital Transformation.

Core insights of Evgeny Morozov's key note speech:
Who ensures value in a world without property?

He turned down a lucrative offer from Google, because he was more interested in dealing with the effects of the new digital forces from Silicon Valley as a scientist and publicist: Evgeny Morozov

The internet critic from Belarus tends to polarize with his theses on the data society, the power of web corporations, and the wide-spread belief in the internet as the ultimate problem-solver. He sparks important discourse on one of the most important issues of our time. To find out more about his reasoning, we invited Evgeny Morozov to deliver the key note speech at this year's BrandTrust Future Circle in Constance. The topic: "Silicon Valley and Big Data - The Hidden Side of the Digital Transformation".

Does user data serve the establishment of a monopolistic business model?

Morozov makes no secret of it: He distrusts the prevailing public opinion that the big players of the digital world – known by the collective term GAFA – are the saviors of the day. Google, Amazon, Facebook, and Apple present themselves to users as free platforms and lovable everyday problem solvers, when in truth they are commercial enterprises using the "extracted user data" for a new monopolistic business model.

Because they go about it in such charming and simple ways, people all over the world are willing: They trade their data, which reveals their personal habits, for the convenience of getting their daily lives organized more easily. "The value of this convenience is estimated at up to 20,000 Euro per year: This is what people would charge for a year of Google abstinence," cites Morozov from a study by the Massachusetts Institute of Technology.

The next target: Artificial Intelligence

In his talk, Morozov draws a clear picture of the digital giant's intentions: In five to ten years, he says, they will stop collecting user data – they will know enough about the behaviors of people worldwide and will be able to concentrate entirely on the creation of "artificial intelligence".

At that point, the currently used business model of selling marketing opportunities on digital platforms could enter a new phase. Data itself will have become a commodity and will no longer be used for customer-focused advertising.

The social consequences of this development are only marginally foreseeable. The fact is: Because users have for a long time relinquished their self-determination to systems, they can now be controlled by these systems: Your self-driving car can be blocked or released by the provider; the books you "bought" on Kindle can be deleted or re-written...

"Somebody will pay in the end"

"The political discussions on the question 'Who owns the data and the recorded behavior patterns?' will rapidly gain momentum in all countries around the world – and will probably be decided differently depending on the cultural background", Morozov predicts.
At present, the economic costs of this development are hardly visible, because the short term gains and advantages predominate. "Somebody will pay in the end," says Morozov – and it could all end in a new social order: The "upper class" will be provided with human services, while the masses have to make do with the "digital variant".

Klaus-Dieter Koch: "Digitalization is not an end in itself."

At the start of the event, BrandTrust founder Klaus-Dieter Koch identified the questions revolving around the digital transformation as "condicio sine qua non" of all corporate strategy consulting projects. "Though we as brand experts have a very unique attitude toward it," says Koch. In the struggle for more customer closeness, digitalization is a great medium and tool – but not an end in itself. "We know that people's behavior drives technology and not the other way round. We spare people from mistaking cause and effect," Koch explains.

BrandTrust's Future Specialist Achim Feige believes that "the Facebook generation will have a new discourse on the topics of freedom, security, and property." Questions on social order will also force new answers in a digitally technologized world: "Where does the human being belong?" and "What is his role?" Brands will establish new levels of meaning where value is generated only at the relationship level.

Conclusion: Don't be afraid of the future?

The fear of a completely digitalized world may be unfounded. It will become a reality – and many will benefit from it with new business models. But leaving it all to the four tech giants because we misinterpret their true intentions would be fatal. Knowledge and the resulting awareness can be the necessary correctives for making sense of ongoing developments. 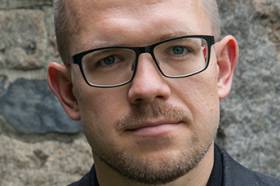